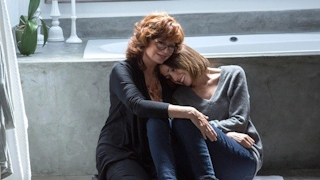 5.4.15 – Rolling right into prep on Lowriders, a feature film. Happy to be working in town!

3.30.15 – Principal day of photography on “The Meddler” new indie feature written and directed by Lorene Scafaria (Seeking a Friend for the End of the World) and starring Susan Sarandon!

2.21.15 – Starting prep on a new feature film with writer/director Lorene Scafaria (Seeking a Friend for the End of the World) and designer Chris Spellman (This is the End, Pineapple Express)

2.20.15 – WHIPLASH wins big at the Academy Awards! The film took statues home for Best Editing, Best Sound Mixing and a Best Supporting Actor for JK Simmons. 3 out of 5 isn’t bad

1.9.15 – HELLO MY NAME IS DORIS starring Sally Field and a great ensemble of comedic actors will have its worldwide premiere at SXSW Film Festvial in Austin

1.8.15
The trailer for THE LAZARUS EFFECT starring Olivia Wilde and Mark Duplass is online

1.5.15 – I assisted designer Simon Costin on a story for W Magazine – Great Performances shot by the incredible Tim Walker!

1.25.14 – Damien Chazelle’s WHIPLASH takes both the Grand Jury Prize and the Audience Award at the 2014 Sundance Film Festival!

4.30.13 – The website for Points of Origin – the film I production designed in India is now live

4.5.13 – Teaser trailer for Universal Pictures’ The Purge starring Lena Headey and Ethan Hawke has been released!

2.28.12 – “Salton Sea ”, a fashion film I art directed is screened at the Tribeca Grand Hotel in NY as part of Portable’s Fashion on Film Event

1.13.12 – Prep begins for Set Decoration on The Purge (Universal Pictures)

9.17.11
Set dec/shopping on an internet spot for Greyhound Bus

9.8.11
Gained associate member status to the SDSA (Set Decorator’s Society of America) and it felt awesome!

8.29.11
Pilot episode for MTV’s “Death Valley ” which I was set decorator on airs tonight!

8.20.11
Commercial for Xbox Call of Duty Black Ops Rezurrection I did set dec on is released.

4.4.11
Art shopping for a Proactiv commercial ft. Julianne Hough of Dancing with the Stars

1.13.11
Co-art directing a commercial for Auri Footwear with Melanie Jones

1.5.11
I art direct and shoot photos for indie band Faded Paper Figures . The band’s songs have been featured on shows like Grey’s Anatomy and MTV’s Real World.

3.24.10
Filming has wrapped on my second feature as an art director, “Troublemaker”, directed by Geeta Malik, a fellow UCLA Film School alum.

3.9.10
“The Art of Being Straight”, my first feature as an art director has finally arrived on DVD. Available at Netflix, Amazon, Blockbuster, etc.

5.27.09
The official trailer for my first feature as an art director, “The Art of Being Straight” has been added to the Apple Trailers website.

4.22.09
“The Art of Being Straight” official release date is June 5th. Check out Regent Releasing’s website for details.

1.13.09
“The Art of Being Straight” gets picked up by Regent Releasing. Film will have a limited release in June 2009 in New York, San Francisco and Los Angeles.

9.11.08
Exhibition of my photographs at Switch Gallery in downtown Los Angeles during L.A Art Walk.

8.5.08
“The Art of Being Straight” wins the Audience Award at Gaze Film Festival in Ireland.

7.8.08
“The Art of Being Straight” gets reviewed in Variety Magazine .